HUNT IN THE TRACKS OF TROPHY LEGENDS

Yes Unique – Let’s remind you that Manuka Point Lodge can correctly and accurately claim to be unique with respect to guided trophy hunting in New Zealand, for they are the only luxury hunting lodge that has breeding populations of the four prime species of trophy game in the immediate vicinity. Outstanding trophy Red stag deer hunting, trophy Fallow deer hunting, trophy Chamois hunting the prized species of European trophy hunters, and the impressive trophy bull Tahr hunting.

Let us also remind you that Don Patterson and his ‘Team’ are carrying on a one hundred year old legend of New Zealand hunting, guiding visiting trophy hunters in the Rakaia Valley at Manuka Point Lodge

The above four species of prime trophy game are not the only species offered by Don and his ‘Team’ at Manuka Point. After providing you with useful information about the above four species we’ll offer further information on additional species. Don and the ‘Team’ would be delighted to guide you at Manuka Point Lodge on namely Elk, Arapawa Ram, Alpine Goat, Wild Boar, Wild Bull.

“The country is breathtaking and the hunting is scrupulously fair chase.”
Donald C. Butts

“I didn’t know places such as this existed in the world any more.”
Major General Oliver L. Peacock

“…and may we remain friends forever.”
James (Jim) Jay Baker

Upon arrival, silence and solitude will surround you. Then, after settling in and enjoying the home comforts of Manuka Point Lodge, your hunting adventure will begin as you add your footsteps to more than a century of hunting tradition.

Do you have any questions about hunting in New Zealand or at Manuka Point? 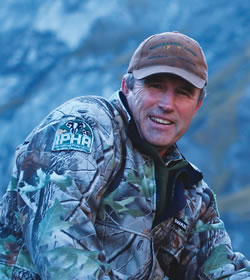 Don Patterson specialises in scrupulously fair chase hunts after world-class trophy quarry. His motto is simple: seize the moment. And through natural skill, dexterity and years of experience, he will ensure you are in a commanding position to secure the trophy, or trophies of a lifetime.

Hunting on Manuka Point sparks the imagination and exhilarates the spirit.

Don’s hunting haunts encompass the heart of the trophy-producing Rakaia area – an area famous for stags, bucks and bulls that grow mass, multiple points, length and spread. It is quite literally a knockout, one of a kind environment, specialising in guided traditional free-range and safari park hunting – the best of both worlds.

Hunting techniques involve spot and stalk tactics. Firstly, on foot from the Lodge where, once located, game animals are stalked and shots taken, generally off sticks at distances inside 200 yards. For alpine game such as Tahr and Chamois, a modern jet helicopter and qualified, experienced (and highly professional) pilots are used to access the very best alpine habitat and mountainous terrain west of the Lodge. Shooting again is undertaken on foot and shots taken normally at distances inside 250 yards. Be prepared for exhilarating hunts. 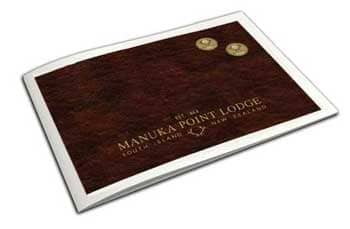 Hunting is what we do – quality stalking, pure and simple. Manuka Point has been long recognised as the destination for the avid trophy hunter, and we guarantee a lifetime of unique and exciting memories. read more about manuka point hunting